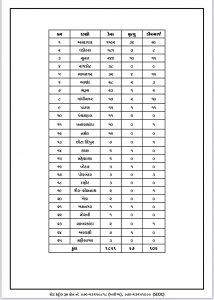 Arvind Kejriwal’s cabinet will today discuss a proposed anti-graft law that seeks to punish corruption with a maximum sentence of life in jail.The Jan Lokpal Bill, born out of the anti-corruption movement that was the inception point of Mr Kejriwal’s one-year-old Aam Aadmi Party (AAP), is being described as a far more stringent version of […]

Modi government’s transparency:Pok to be renamed as PoJK

Bharatiya Janata Party led government’s Prime Minister is adopting rational and transparent policy of Pakistan occupied Kashmir or PoK. It is likely that Pok will be renamed to PoJK emphasising Pakistan occupied Jammu-Kashmir. Also, the rationale due to weightage to Jammu as well and part of Kashmir. By renaming, it can prove to be a […]

Today in a road accident 1 person was killed as car plunges into river in Patan. Two injured have been admitted to the hospital. People gathered around bridge out of curiosity. More details awaited.