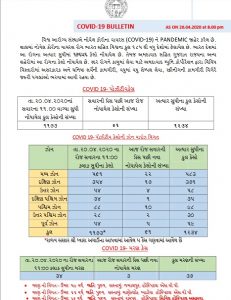 New Delhi, Apr 26 India’s first woman International Olympic Committee member Nita Ambani has made it to two important commissions of the global sports governing body, including the prestigious Olympic channel. Besides the Olympic Channel, the 53-year-old Ambani has also been made a member of Olympic education Commission as IOC announced the composition of 26 […]

US condemns attack on Amarnath pilgrims

Today in Rajkot, PSI Police Sub Inspector KN Lathiya of Crime Branch was suddenly transferred to Ahmedabad. There is a sensation in police department on his sudden transfer.