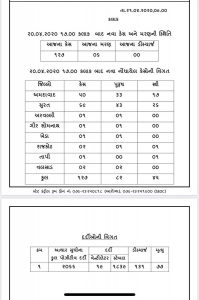 Today during Budget session of Gujarat Assembly, BJP heavily criticized over damaging remarks made in Question Hour by Opposition Leader Paresh Dhanani on Statue of Unity of Sardar Patel. Dhanani’s statement of Statue of Unity being made up of scrap iron took Assembly by strome. After ruckus in Assembly both ruling and opposition leaders had […]