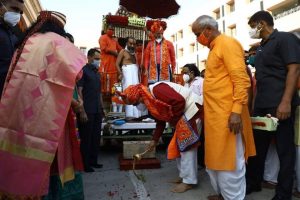 US President Obama security: AWACS to be deployed on Republic Day

With US President Barack Obama’s India visir for the first time, Airborne Warning and Control System (AWACS) are likely to be deployed here on the Republic Day for vigil from the skies during the parade in capital city Delhi. The AWACS will monitor air space on and around Rajpath where the parade will be witnessed […]