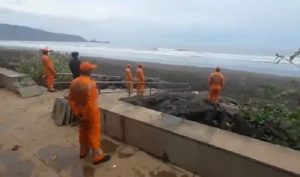 Airtel has launched 4G on mobiles, thus becoming the first in India to offer such a service. It has been launched in Bangalore first, and the plan is to take it to other cities soon.The 4G offering, which promises to enable you to watch high-definition video without buffering and download full-length movies on to your […]

Nirbhaya gang rape victim gets justice after 7 long years of legal battle. All 4 death row convicts have been hanged at Tihar jail at 5:30 am today morning. Asha Devi, mother of 2012 Delhi gang rape victim says, “As soon as I returned from Supreme Court, I hugged the picture of my daughter and […]

Nav Varsh Samvat 2071 in Gujarati calendar begins on October 24, 2014. As per the traditional Hindu calendar followed in North India this is year Vikram Samvat 2071. This calculation of Hindu New Year is based on the Luni-Solar calendar. A month in the calendar is calculated from full moon to full moon, from Purnima […]