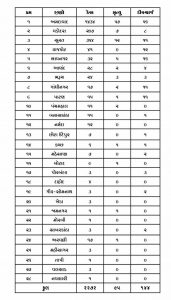 Gujarat Rajya Sabha election for 3 seats: NCP to support BJP Today NCP Nationalist Congress Party announced it will support BJP Bharatiya Janata Party for election of 3 Rajya Sabha seats from Gujarat. In a major setback to Congress, which had announced having the support of the NCP. Kandhal Jadeja of NCP said that his […]

Bollywood Actor Akshay Kumar has now been infected with COVID-19. Today Akshay tweeted that he tested positive for the coronavirus this morning. Actor has tweeted about Covid-19 on his official tweeter handle. The 53-year-old actor is very punctual about his fitness. He looks forward to returning to work very soon. Earlier many Bollywood stars including […]

Rape of minor school girl in Una by peon