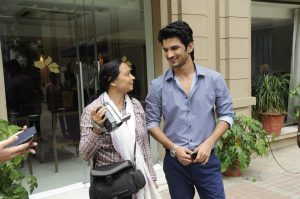 Prime Minister Narendra Modi was on Wednesday conferred the “Global Goalkeeper” award by the Bill and Melinda Gates Foundation for the Swachh Bharat Abhiyan launched by his government. In a series of tweets in Hindi, the Prime Minister’s Office (PMO) said Modi lauded the countrymen for contributing to the grand success of the cleanliness mission, […]

68 girls in Bhuj college forced to remove undergarments, prove they were not menstruating

Sheena murder case handed over to CBI by Maharashtra government

In a new twist, the Maharashtra Government today decided to hand over the sensational Sheena Bora murder case to the CBI to ensure that investigation is carried out without any prejudice or interference. The decision was announced at a press meet here by Additional Chief Secretary (Home) K P Bakshi, after 10 days of flip-flop […]