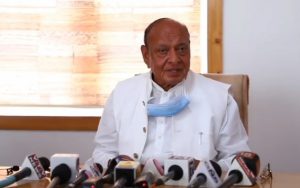 Rajkot: in Ghanteshwar, 17 persons admitted to hospital due to gastro enteritis

Today in Rajkot, in Ghanteshwar area, 17 persons including 2 children were admitted to hospital due to gastro enteritis. Surprisingly affected people did not consume outside food. Contaminated water is suspected to be the root cause of the incident.

Former India captain Sunil Gavaskar thinks that Virat Kohli should lead the national team in the one-off Test match against Bangladesh before being rested for three-match ODI series after having had gruelling five months of international cricket. The Indian team for the tour of Bangladesh will be selected on May 20th in Mumbai and there […]