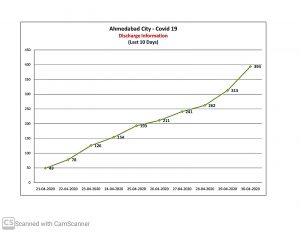 Mehsana: on Gozaria Vasai road in an accident between bus and tempo 1 killed and 20 injured

Today in Mehsana, on Gozaria Vasai road in an accident between private bus and tempo 1 person was killed and more than 20 persons were injured. More details awaited.

Wholesale Jewellery Trader was looted in Ahmedabad. Trader carrying a cash of Rs 1.49 crores was shot dead after 5 rounds of firing in broad day light by masked robbers near Shivranjani Cross Road. Robbers escaped the site with a cash of Rs 1.09 crores on a bike. They fired even on persons who turned […]