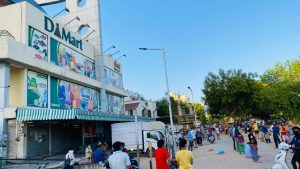 Here is the first look of this year’s much-awaited ‘Brothers’ Film. Starring Akshay Kumar, Sidharth Malhotra and Jackie Shroff is out. ‘Brothers’ directed by Karan Malhotra is the story of two brothers who are pitted against each other. It is an official remake of the 2011 Hollywood movie ‘Warrior’ which was also the story of […]

Samajwadi Party (SP), struggling to retain its base in Uttar Pradesh, today unveiled a please-all manifesto for the Lok Sabha polls. While Muslims came in for a special attention, Mulayam Singh Yadav’s party also tried to woo the upper castes by promising to set up a commission to identify the poorer” among them for providing […]

Issue of Patidar reservation in Gujarat is in deadlock like situation with state offering financial package to Patidars but Patidars seems to be in no mood of accepting the offer from Gujarat govt. Patidars stick to demand of action against Police atrocities after Ahmedabad rally. On the otherside PMO seems  to in tension with Patidars […]