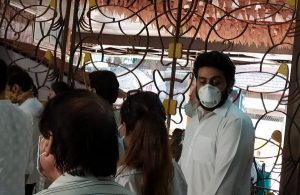 In Vatva area of Ahmedabad, a 30-year-old woman filed a complaint in Vata Police Station against a 62-year-old man for attempting to kiss her in the lift of their apartment building on Thursday morning. Vatva police arrested the accused Prafulchandra Raichand Bhavsar based on FIR. However, accused Bhavsar was released on bail by Narol court […]

China reaffirmed today that there is no change in its stance on the admission of non-NPT states into the Nuclear Suppliers Group, marring India’s chances of entering the elite club during its crucial meeting in Bern. “As for non-NPT counties being admitted to the group, I can tell you there is no change to China’s […]