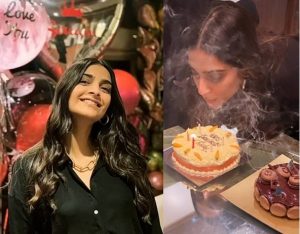 Today example of Communal Harmony was cited in Ahmedabad as Hindu Muslim pray together to mitigate the effect of cyclone Vayu in Jamalpur area. They prayed with banners “Nature have mercy on us ..Save us from all difficulties”. There is a forecast by weather agency to hit Cyclone Vayu alone coast of Gujarat on 12th and […]

Bollywood star Akshay Kumar today teased fans by sharing a sneak-peek of Kareena Kapoor’s sizzling item number from his upcoming film “Brothers”. In the 30-seconds teaser of the song titled “Mera Naam Mary”, Kareena is seen in a seductive avatar, shimmering in a silver outfit. “Here’s the exclusive teaser of #MeraNaamMary from @Brothers2015. Enjoy!,” Akshay, […]