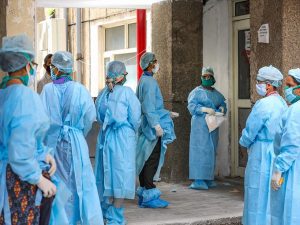 Superstar Aamir Khan, who has ceased to be the mascot for the ‘Incredible India’ campaign after 10 years, today said he respects the government’s decision to “discontinue” his services while making it clear that he never charged anything for the task. “It is the prerogative of the government to decide whether they need a brand […]

Ahmedabad Rath Yatra will have 18 Gajraajs; medical team kept on stand to

Tomorrow in Ahmedabad, lord Jagannath’s 138th Rath Yatra will go around walled city area. A team of veterinary doctors for 18 Gajraaj and their health check-up will go along with Rath Yatra procession on 22 kms route . This time Lord Jagannatha’s procession will be lead by Gajraaj Bholaprasad and followed by Gulabkadi, Rajudi, Santoshi, […]

Bharatiya Janta Party during Lok Sabha polls was iconized on a face value of Narendra Modi. Even, the party slogan for its campaign was AB KI BAAR MODI SARKAR, signifying this time Modi government. Modi grew to the of national leader apt for Prime Ministerial candidate with a support from party president Rajnath Singh and […]