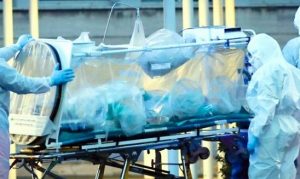 Prime Minister Narendra Modi on Wednesday tore into the Congress, terming its manifesto as a “hypocrisy document” which was “full of lies”. Addressing his second rally in Arunachal Pradesh within a week, the prime minister cited the Congress manifesto for the 2004 Lok Sabha elections, and said it had promised that every house would have […]

Maniesh Paul to make his debut in Marathi cinema

Actor Maniesh Paul is all set to make his debut in Marathi cinema with a special appearance in Vikram Phadnis’ debut movie “Hrudayantar”. Maniesh will feature in “Hrudayantar”, which will be produced by Vikram Phadnis Productions and Young Berry Entertainment. Maniesh, who shares a great camaraderie with Vikram, shot for his part recently here along […]

Today  Gujarat Chief Minister Vijay Rupani flagged-off Ahmedabad-Mumbai Tejas Express, the semi-high speed train equipped with modern facilities and flight-like onboard services, amid much fanfare from Ahmedabad Railway Station this morning, which will be on track for commercial run from January 19. Gujarat CM held a meeting with Union Railways and Commerce & Indries Minister […]