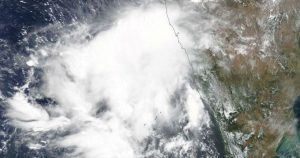 The Tamil Nadu government has decided to release seven people convicted in the assassination of former prime minister Rajiv Gandhi, including Nalini Sriharan, in a widely expected political move that is likely to set off a battle for credit ahead of the national election, due by May.Chief Minister Jayalalithaa’s cabinet met this morning and decided […]

Narendra Modi salutes on the occasion of Guru Nanak Jayanti

Today, Prime Minister Narendra Modi salutes to the venerable Guru Nanak Devji on the occasion of Guru Nanak Jayanti. PM Modi said the life and teachings of Guru Nanak Devji inspire us eternally. Let us follow the path of compassion, truth and peace as shown by him. Today is also a day to pledge to […]

During general elections,Narendra Modi contested from two seats against Arvind Kejriwal in Varanasi in Uttar Pradesh and against Madhusudan Mistry in Vadodara of Gujarat. Modi won on both the seats. He registered overwhelming record of 5.70 lakh votes victory in Vadodara. He will always be grateful to people of Vadodara and will do best efforts […]