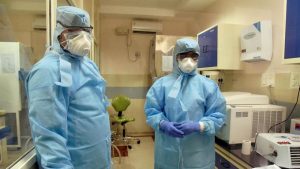 Congress Lok Sabha candidate Imran Masood was on Saturday arrested on charges of hate speech in which he threatened to “chop” Narendra Modi “into pieces”, remarks that led to an FIR being filed against him by police besides sparking an outrage. Masood was arrested in the wee hours, police said.Congress had distanced itself from the […]

Ahmedabad City crime branch arrested four persons with 18 firearms including 8-9 mm pistols. Fire arms were brought from MP Madhya Pradesh for selling them at higher price in Ahmedabad and other parts of Gujarat. As per media source.