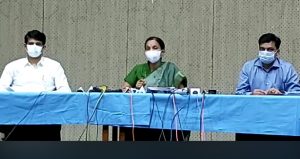 No Baby movie in Pakistan says Pakistan Censor Board

Akshay Kumar starer movie Baby, on an Indian spy mission to catch a dreaded terrorist, will not be shown in Pakistan as the Censor Board of the country refused to permit it screening. “Censor boards in Islamabad and Karachi have decided to ban the film because it portrays a negative image of Muslims and the […]