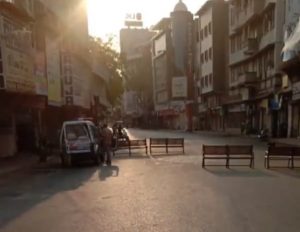 State-run NTPC today said it has supplied surplus power of up to 100 MW to Gujarat, which is facing power shortage due multiple outage of their generating units. “NTPC, through its subsidiary NTPC Vidyut Vyapar Nigam Ltd (NVVN) has supplied Un-Requisitioned Surplus (URS) power from Dadri Stage-I to Gujarat Urja Vitaran Nigam Ltd (GUVNL) under […]

Anti-nuclear activist SP Udayakumar was among the 26 candidates declared by the Aam Aadmi Party (AAP) in its seventh list for the Lok Sabha elections on Tuesday.The party, which is looking to contest on more than 350 seats, announced the names for 10 states and one Union Territory in this list and the total number […]