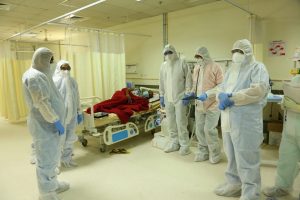 The 59-hour countdown for the launch of six Singapore satellites by Indian Space Research Organisation on board its Polar Satellite Launch Vehicle from Sriharikota began today. The launch is scheduled at 6.00 PM on December 16, at Satish Dhawan Space Centre in the spaceport of Sriharikota. “The 59-hour countdown activity of PSLV-C29/TeLEOS-1 Mission has started […]