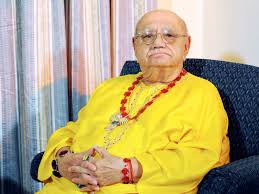 Recently, Priyanka Robert Vadra had written a letter Chief,SPG to withdraw special priviledge at Airports. Priyanka is covered under SPG protection, she gets exempted from normal security checks at Airport. Even , her spouse, Robert is exempted from normal security checks when he is accompanied by wife Priyanka. However, Airport autorities have no plans to […]

Today in Gandhinagar, in  Gujarat Assembly opposition leaders protest over Dalit women killed by truck ran over on her.