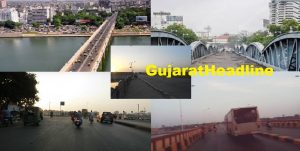 Tehelka editor-in-chief Tarun Tejpal was on Wednesday remanded in 12 days in judicial custody by a court in Panaji.Tejpal was presented before the court on Wednesday after his extended four-day police custody period expired.The district and sessions court passed the order after police argued that Tejpal should not be released on bail for fear of […]

Surat: Kanu Gandhi, grandson of Gandhiji passes away after long illness at 87