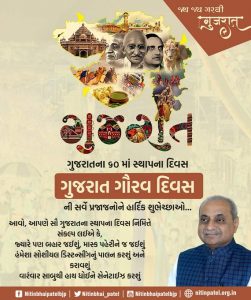 Article by Darshana Jamindar Last evening’s Video of Tapas Pal,Trinamool Congress,TMC,MP has created sensation of displaying heated exchange of words and his wife Nandini Pal, admitting of Tapas should not have lost his cool. In the clip actor turned MP is seen threatening opponents of rape and shooting.Trinamool leaders who defended people like Anubrata Mandal […]

Today, Gujarat Chief Minister Anandiben Patel attended state-level ‘Bal Kavi Sammelan’ in Ahmedabad and was spellbound with the poetry skills of young poets. After statewide drawing competition,in another effort to nurture hidden talent of children ‘Bal Kavi Sammelan’ was organised in schools across Gujarat. From all the participating students, total 135 – 63 from primary […]

Wrong to speak on behalf of the filmmakers: Alia Bhatt on “Shuddhi”

Actress Alia Bhatt is not keen to divulge any details about “Shuddhi” amid strong rumours that the troubled project is finally being shelved. The last time “Shuddhi” was in news is when Alia and Varun Dhawan were announced as its new cast. Now, gossip mills are abuzz about its undecided fate but there is no […]