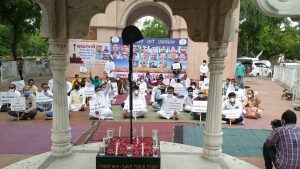 Randeep Hooda is back again with ‘Do Lafzon Ki Kahani’ but this time he is the romantic hero. Featuring Kajal Aggarwal of ‘Singham’ fame as the female lead, the film goes with the tagline ‘love never hurts…love heals’. ‘Do Lafzon Ki Kahani’ is a romantic love story, largely shot in Kuala Lampur, Malaysia. The film […]

Ayushmann Khurrana’s next film ‘Hawaaizada’, which has been directed by Vibhu Puri, is set to hit theatres on January 30, 2015. ‘Hawaizaada’ also star Pallavi Sharda and Mithun Chakraborty in lead roles. The film is based on the life of scientist Shivkar Bapuji Talpade, who is credited to have constructed India’s first unmanned plane. The […]