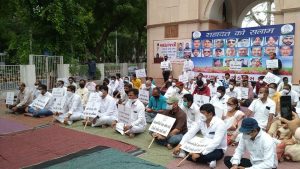 A Flying Jatt is an upcoming Bollywood superhero film co written, choreographed and directed by Remo D’Souza starring Tiger Shroff, Jacqueline Fernandez and professional wrestler Nathan Jones in lead roles. Shroff is playing the role of a superhero and Fernandez will be playing his love interest in the film. The film is slated for release […]

Union Home Minister Amit Shah’s Gujarat programme scheduled for December 19 & 20 stands cancelled. Reason of change of Shah’s programme to Gujarat is not yet known amid many speculations. As per media source.

Today, Bollywood Megastar Amitabh Bachchan humbly disagreed to Mamata Banerjee  West Bengal Chief Minister ‘s suggestion that he should have been honoured with the Bharat Ratna in lieu of Padma Vibhushan. Amitabh is also the recipient of the Padma awards including Padma Bhushan and Padma Shri. Amitabh replied on tweeter “@MamataOfficial Mamata di… I am […]