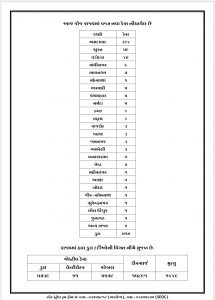 Today in Rajkot, a big bike rally of jewelers and traders was held in which thousands of jewelers took part. For more than 25 days, jewelers of India are protesting against imposition of excise duty in the Budget 2016-17 by government.

In Ahmedabad, Sarkhej Gandhinagar Chiloda highway will be converted into a 6 lane road at an expense of Rs 720 crores. Also flyovers at 6 junctions including Pakwan, Vaishnodevi circle will be constructed at an expense of Rs 427 crores. Expenses of road projects will be borne by center. Formerly, the project was approved with […]

Ahmedabad: long queues outside banks to exchange old currency notes of Rs 500 and 1000