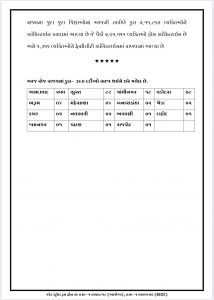 Today in Kutch district, at Jakhau port, two innocent children, both brother and sister of a sailor family died due suffocation caused by gas from Generator. In night Generator was running where two children were sleeping. On completion of diesel in Generator, Carbon Dioxide and other poisonous gases caused death of two children and grand […]

Today in Surat: car driver Chandresh Dhanani , age 20, who is alleged to have killed an aged man with his car near cancer Hospital in Dabholi area, has been arrested.  Recently, Chandresh in the black car knocked down one person. CCTV footage gave evidence of black car hitting a person to death.