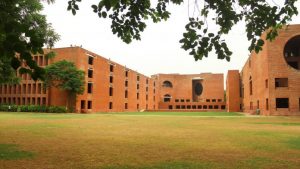 Ahmedabad: dead body of a girl found from a locked flat in Naroda

In Ahmedabad, in Vishwakarma Avenue apartment in Krishnanagar Naroda in a gruesome murder case of a 25 year old girl in was solved by Crime Branch. Dead body of the girl was found packed in a bag in locked apartment. During questioning by police with Maya she disclosed name of 4 persons. 3 months back […]

EgyptAir flight from Paris to Cairo disappears from radar

An EgyptAir flight from Paris to Cairo with 69 people on board has vanished from radar, the airline said on its verified Twitter feed today. A tweet on the airline’s official account said flight MS804 left Paris at 23:09 pm local time (0239 IST), “heading to Cairo (and) has disappeared from radar”. Further tweets in […]

Elections of Gujarat Board to be held on 20th Jan; vote counting to be done on 22nd Jan

Elections of Gujarat Board for 18 seats to be held on 20th January and vote counting to be done on 22nd January. As per source.