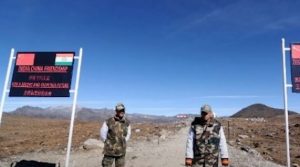 Rahul Gandhi was today detained for a second time by Delhi Police and taken to an undisclosed location after he tried to meet the family members of the ex-serviceman who allegedly committed suicide as high drama unfolded on streets in Lutyens’ Delhi with Congress and AAP workers staging protests. Gandhi along with other Congress leaders, […]

Prime Minister Narendra Modi on Sunday said the coming decade belongs to the youth and lauded them for believing in the system and questioning it when it does not respond properly. Addressing his last ‘Mann ki Baat’ of 2019, the prime minister said the youth hate anarchy and disorder and dislike casteism, nepotism and favouritism, […]