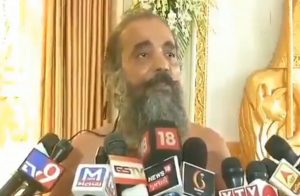 Today in Ghee Kanta area of Ahmedabad, fire in garment shop was reported. People from nearby area rushed to the spot, entire area was filed with smokes. Major mishap has been averted. Fire fighters have rushed to the spot and trying to extinguish the fire. No reports of life loss. No estimate of exact loss. […]

Today Surajbari village in Kutch district was waterlogged after a pipeline passing through the village got bursted. Due to burst in pipeline, there could be a water shortage in Kutch for next 2 days. Gallons of drinking water was vasted which will create water scarcity.

Naseeruddin Shah’s Never seen Before Avatar in ‘The Blueberry Hunt’

Actor Naseeruddin Shah’s appearance on the upcoming Hindi feature film ‘The Blueberry Hunt’ is different than any other look so far portrayed in Indian cinema by any hero. Naseeruddin ​Shah appears with lengthy dread-locks sporting a gun. His character is a reclusive stranger whose real identity is unknown, who lives with his large German Shepherd […]