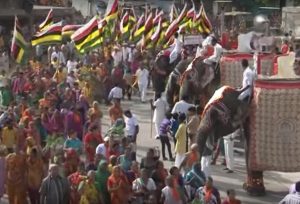 Embattled Indian tycoon Vijay Mallya, who is wanted in India on loan defaults to several banks, today claimed that he has “enough evidence” to plead his case as he appeared before Westminster Magistrates’ Court here for his extradition case hearing. The 61-year-old former chief of erstwhile Kingfisher airlines, who has been out on bail since […]

In Ahmedabad, case ATM van driver ran away with cash of Rs 1.08 crore has been arrested from Botad. With ATM van driver Ravi Chaudhary there were 3 others involved in the loot case those who are not arrested. Ravi was arrested with 1 pistol and 3 cartridges. All the check points of Ahmedabad city […]