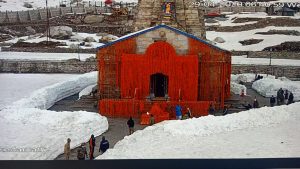 In Gujarat, 67 businessmen of cigar raided by VAT Value Added Tax Department. Large number of objectionable documents were recovered by VAT team. 12 businessmen from Ahmedabad, 32 from Vadodara, 5 from Surat and 6 from Rajkot were raided.

India is the only economy which has not been affected by the global economic crisis which has hit the world, primarily due to the policies being implemented by the government, Prime Minister Narendra Modi said today. “Everyone is saying this… the World Bank, the IMF. The world is going through an economic crisis, but it […]

Junagadh: in police raid Rs 2.01 lakh worth of imported wine seized from Chorvad

In Chorvad town of Junagadh district, during security check for Bhavani Mela team led by DySP BC Vagehla from Ramvav Chowk area seized imported wine bottles worth Rs 2.01 lakhs, in a raid conducted based on a clue. Case has been registered against 4 accused  Ashok Karshanbhai Chudasama , China Dudabhai Vaja , Driver of […]