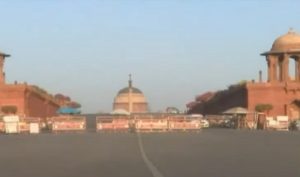 26 Congress candidates from Gujarat to contest for Lok Sabha Elections

On 23rd April Tuesday, fate of 26 Congress candidates from Gujarat will be sealed for Seventeenth Lok Sabha Elections 2019. results will be declared on 23rd May 2019.

Prime Minister of India Narendra Modi would be attending summit of the BRICS (Brazil, Russia, India, China and South Africa) countries scheduled during July, 15 to 17 July in the city of Fortaleza of Brazil. Fifa World Cup final is scheduled in Rio de Janeiro on 13 July. Due to closed dates of two events, […]

Create small intro for disk bootblock.Displays a remarkable array of resistance and virulence factors, which have contributed to its prominent role in infections of the critically ill.We are flexible and agile enough to adopt and implement the processes followed by our customers to align ourselves with their process framework, tools, and project goals.Every word of […]