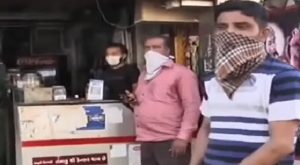 Today in Ahmedabad, one more case of influential builder cheating poor people but not arrested until media’ intervention has to light. In Chandkheda area, some 100 people from poor or lower middle protested against builder Nilesh Shah. Chandkheda because of known reasons not taking complaint against the builder and people had to gather outside Chandkheda […]

In Ahmedabad, Lake Front project is coming up near Gandhi Ashram. Center seeks relevent information from authorities on Gandhi Tekra. This project would cost Rs 434 crores. Flyover near Gandhi Ashram will be built and it will be declared as Silence Zone.