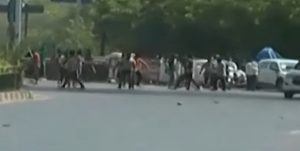 Despite what haters will have you believe, Bollywood superstar Amitabh Bachchan did not take any appearance fee for singing the national anthem in the India-Pakistan World Twenty 20 clash, confirmed Cricket Association of Bengal (CAB) president Sourav Ganguly. On the contrary, Big B spent Rs 30 lakh from his pocket for the appearance. After India […]

Rani Mukerji makes a come back with “Mardaani”