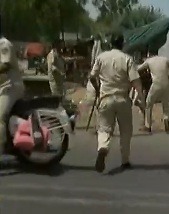 Today in Ahmedabad, four girls of Thaltej Primary School number 1/2 have been selected for a sports event in Sweden. School girls are from lower middle class of society. It is a matter of proud for Ahmedabad and Gujarat, girls getting selected internationally in sports event, as per source.