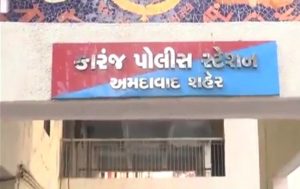 Bollywood star Ayushmann Khurrana feels though there is a trend of actors singing songs, “pure singers” should not worry as the former can never overpower them. Actors like Salman Khan, Alia Bhatt, Sonakshi Sinha among others have lent their voice to tracks in films or independent music singles. Ayushmann, who has crooned many popular songs […]

Sunil Shetty in Ahmedabad for promotion of Koyelaanchal movie

Today in Gandhinagar, the Gujarat State Commission for Women, which is suo moto inquiring into the Naliya sex scandal, which allegedly involves half a dozen BJP leaders from Kutch, is likely to submit its report to Gujarat CM Vijay Rupani and propose several measures. As per sources after the Naliya sex scandal was exposed the […]