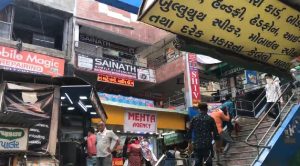 Aditya Pancholi gets bail after arrest in pub assault

In Mumbai, Actor Aditya Pancholi, was arrested early on Sunday for allegedly assaulting and abusing a bouncer of a night club at a five-star hotel in suburban Juhu , was later released on bail, as per police.  The 50-year-old actor allegedly smashed the head of bouncer Mandar Patole (29) with his mobile handset while he […]

Congress’s former Prime Minister Manmohan Singh has sough enquiry on getting listening devices from official residence of Nitin Gadkari, Transport Minister. Congress criticised saying that this type of incidents, reflects lack of faith and mutual trust among NDA ministers. As per Media reports,  high power listening devices were seen in the bed room at the […]