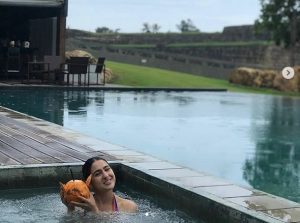 In Devbhumi Dwarka, Farmer hanged himself to death over crop failure. Yesterday, 54 year old farmer Karmanbhai committed suicide in his farm by hanging himself. Ill fated farmer had a fear of not getting Agriculture Insurance in case of failure of crop. Police complaint of suicide was lodged and further investigation has started.

Wholesale Jewellery Trader was looted in Ahmedabad. Trader carrying a cash of Rs 1.49 crores was shot dead after 5 rounds of firing in broad day light by masked robbers near Shivranjani Cross Road. Robbers escaped the site with a cash of Rs 1.09 crores on a bike. They fired even on persons who turned […]

Millions are voting in Delhi today to choose between three-time chief minister Sheila Dikshit and her main challengers – BJP’s Harsh Vardhan and anti-corruption campaigner Arvind Kejriwal, a debutant hoping to dent the fortunes of the two political behemoths.Nearly 12 million or 1.2 crore residents of the capital are eligible to vote for the 70-member […]