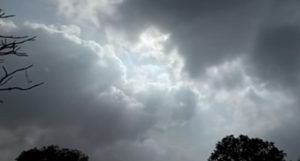 Today in Ahmedabad, big fire was reported in Prasad Fabric of Pirana area. 5 Fire fighters have rushed to the spot. No major losses have been reported till now.

Today in Ahmedabad, in raid by PCB harmful drugs in form of tablet and syrup was recovered from Amraiwadi area. In Amraiwadi police station cognizable complaint was made and FDCA Food and Drugs Control Administration was informed by police. As per source.

In Patan, More than 20,000 tourists visit Rani ki Vav in 4 days. Over 8 lakhs revenue was earned by tourism. Stepwell Rani ki vav has been approved in the UNESCO’s list of World Heritage site and its popular tourist destination in India and Gujarat. It is also called queen’s step well. It  is an intricately constructed stepwell […]