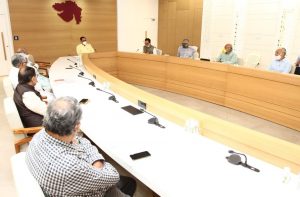 Checkout: Ranveer Singh and Vaani Kapoor’s Crazy Song “You and Me” from Befikre

Why do you need a name for every relationship? Say no to rules, limits & labels and just keep it to #YouAndMe Watch the song ‘You And Me’ from the film ‘Befikre’. Song Credits: Song: You And Me Singers: Nikhil D’Souza, Rachel Varghese Music: Vishal and Shekhar Lyrics: Jaideep Sahni Songs Produced by: Mikey McCleary […]

42 killed in new earthquake of Nepal

A new 7.3-magnitude earthquake and several powerful aftershocks shook Nepal today killing at least 42 people and triggering panic in the Himalayan nation already devastated by a massive temblor less than three weeks back that had claimed over 8,000 lives. Nepal’s Home Ministry while putting the death toll at 42 said another 1,117 people had […]