In Ahmedabad, tax defaulter Mahesh Shah of Rs 13,860 crores in IDS, after arrest by Sarkhej police and after initial enquiry and brief statement by Enforcement Department was allowed to go home. It is said Shah went to the house of his married daughter.

Shah was taken in Police Uniform for some reasons. On which enquiry of Shah wearing Police Uniform has been handed over to ACP of N Division on orders from Zone 7 DCP, as per sources. 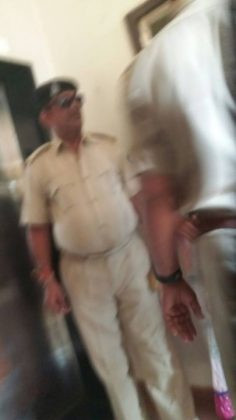 Ahmedabad: PIL requesting Magisterial Enquiry in Jayesh Patel rape case of Parul University has been made

In Ahmedabad, in Jayesh Patel rape case on nursing student of Parul university, a PIL Public Interest Litigation has been made in Gujarat High Court. In PIL demand for Magisterial Enquiry and demand for independent enquiry has been made. Also guideline for investigating rape cases to be provided has been requested in PIL. Next hearing […]

Bollywood star and macho man Sanjay Dutt Sanjubaba would visit Ahmedabad city on 6th October for a unique program. The show of Sanjay will be held in GMDC ground. It has been confirmed by Sanjay. So Sanjay Dutt fans let us meet the event.

Tomorrow on 17 November, GPSC Gujarat Public Service Commission exam for Class 3 posts will be held. GPSC exam for Non-secretariat clerk and Office Assistant exam by Gaun Seva Ayog will be held. The exam would be held for 3901 posts in a direct recruitment with 10,45,000 candidates appearing at 3,173 examination centres. There will […]