Today about issues of permission to Patidar rally in Ahmesdabad city, Ahmedabad Municipal Corporation, AMC has given permission for vehicle parking at Vallabh Sadan passage of Sabarmati Riverfront. High level of security arrangements with more police forces deployed on the route of Patidar rally. Also Maha Yagna by Patidars on August 23 at Atira Business Hub in Gandhinagar was announced.

In Ahmedabad Patidars have been permission for meeting at GMDC Ground by Ahmedabad Collector. Ahmedabad Police will use horses for patrolling during Patidar rally on August 25. All top officials are visiting raly site and checking for security arrangements. Barricades have been placed at junction. In the city road from Subhash Bridge to NID have been blocked as a precautionary step.

Sabarkantha Patidar said that for 4 to 5 days they will not give milk to Amul dairy so our voice will be heard in Delhi.

It is learnt that PM Modi has formed Core Committee to monitor Gujarat’s Patidar reservation issue and do damage control. 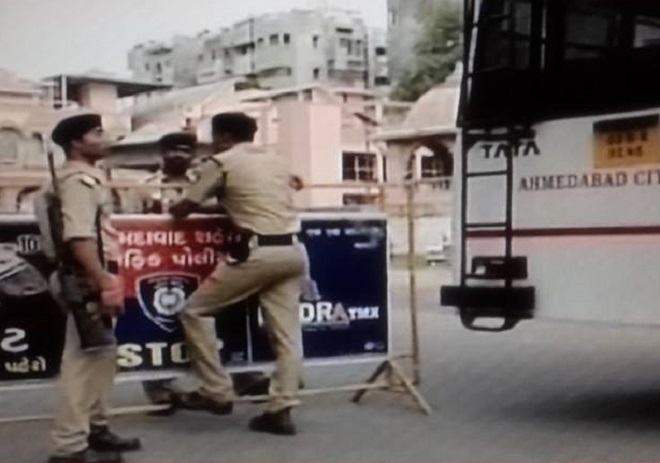 Article by Darshana Jamindar VIDEO OF PM NARENDRA MODI AT TRAINING CAMP IN SURAJKUND While inaugurating a two day workshop for 150 newly elected MPs of Rajya Sabha and Lok Sabha, advised them to realize bigger responsibility as now they are in ruling, in place of earlier opposition. While sharing some tips Prime Minister Narendra […]

Watch the brand new teaser of Raaz Reboot starring Emraan Hashmi, Gaurav Arora and debutante Kriti Kharbanda. The trailer is all set to release tomorrow and before that, the makers want to make sure you get charged up for what’s coming ahead. The new teaser promises some spooky elements and it seems the trailer will […]