Today BJP MP Poonam Madam from Jamnagar had fallen in a canal when parapet of the canal broke during a demolition activity was carried out. Two other women were also, inujured. 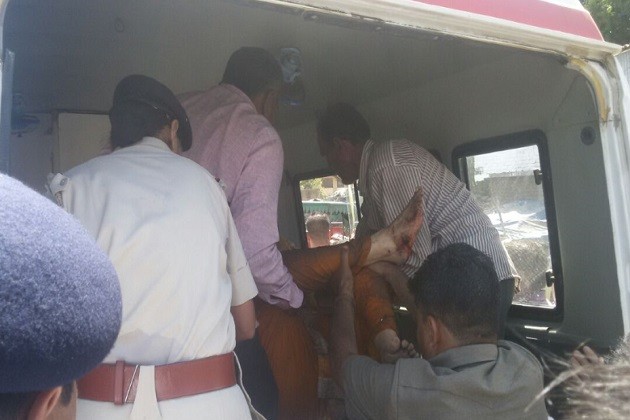 Demolition of hutment was carried by JMC Jamnagar Municipal Corporation today. There took a friction between localites and police during demolition operation. MP Poonam had come to help affected people and was talking near the edge of canal. Poonam was taken out by police and other staff and rushed to the hospital.

Ahmedabad is going to host the Olympics Task Force (OTF) will organise workshop on February 23. India’s dream of increasing its medal tally in the 2020, 2024, and 2028 Olympics seems to be moving in the right direction. To make this drive a success OTF — an initiative to boost Indian sportspersons’ performance in the Olympics. 150 persons […]

Before the Trailer here comes Teaser of “Brothers” Film

Get ready to watch the Brothers fight it out in just 2 days! Watch out for Brothers trailer releasing on 10th June, starring Akshay Kumar, Sidharth Malhotra, Jackie Shroff and Jacqueline Fernandes. Directed by Karan Malhotra and Produced by Karan Johar. Film is all set to release on 14th August, 2015.