Today, Blindfold ceremony (netrotsav) of lord Jagannath was performed in Ahmedabad before start of Rath Yatra scheduled on 14 July Saturday. 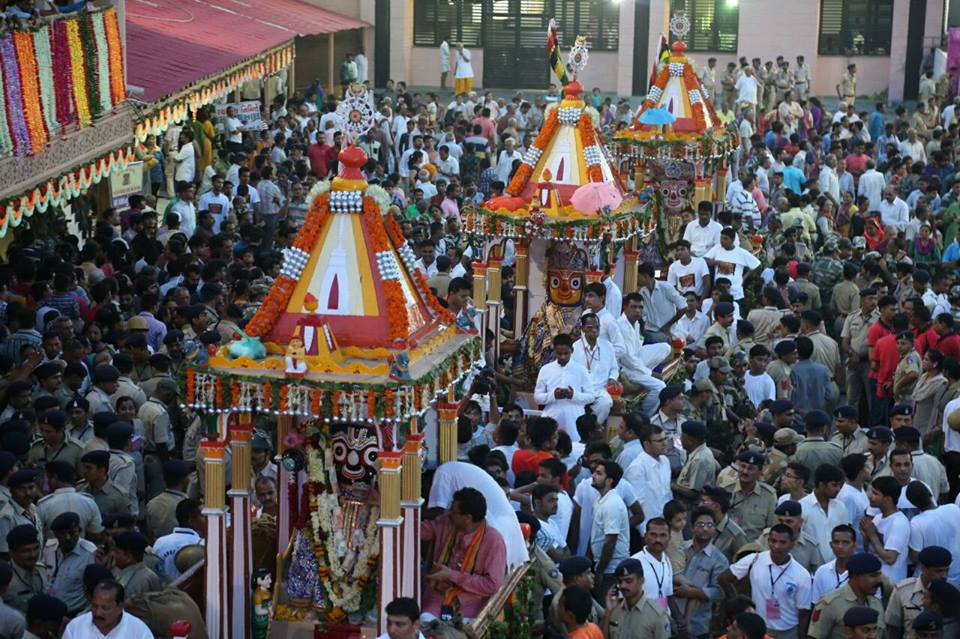 In the evening Rath Yatra will return to Jagannath temple and Mangla Aarti again will be performed. Prasad of Mug, Jamun, Pomegranate is served all throughout the Yatra. Rath Yatra will 3 chariots pulled by lakhs of devotees, it will also have 18 Gajrajs, trucks,  30 Akhadas, 18 Bhajan Mandalhis, 2,500 saints, police vehicles, chetak commandos. 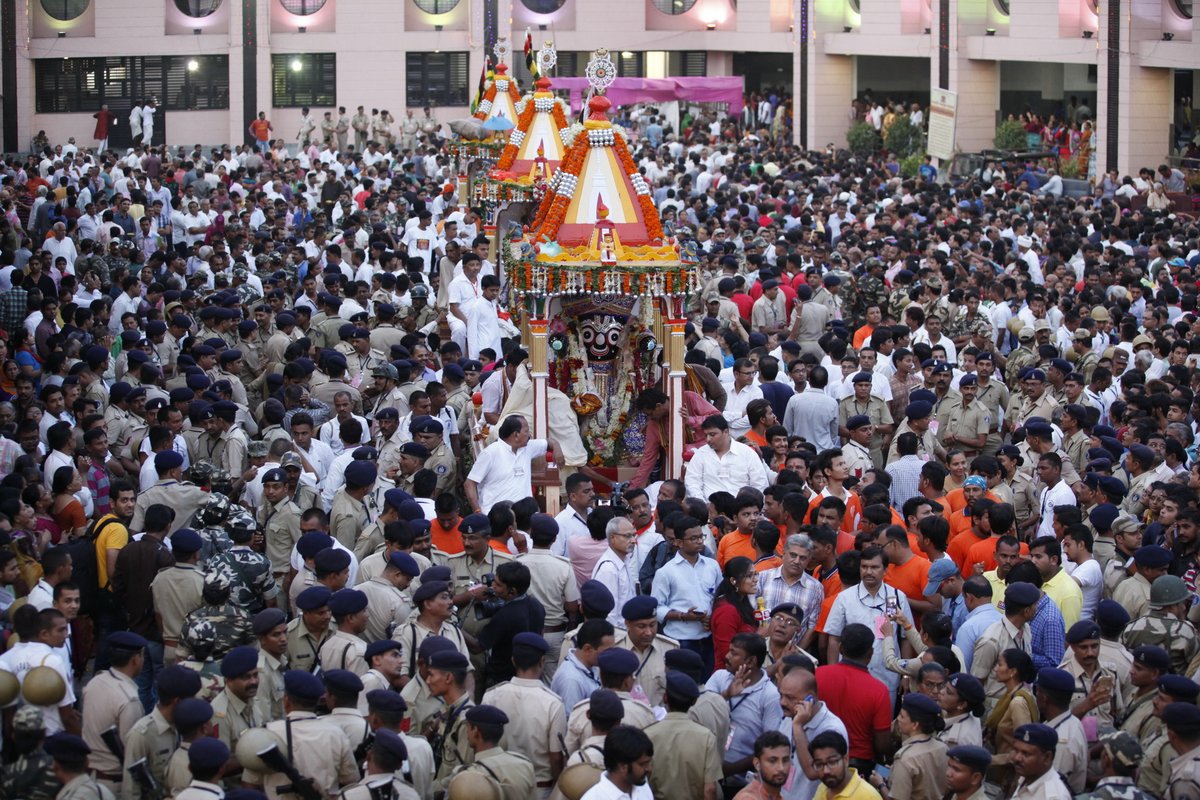 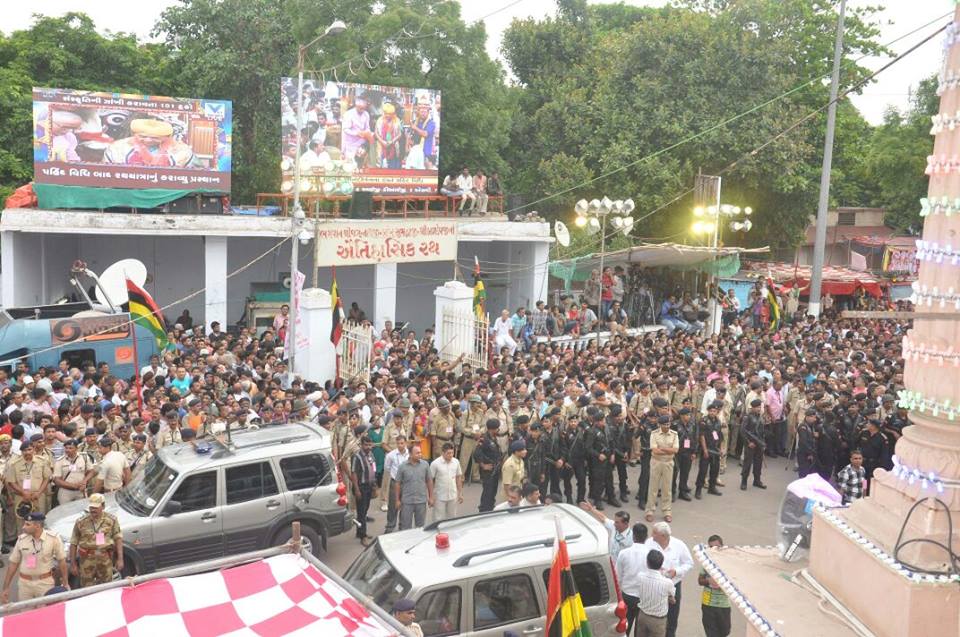 About 10,000 history sheeters and anti socials have been nabbed and a list is prepared as a precautionary measure. As Idd is also falling tomorrow Police Commissioner Shivanand Jha has appealed people to maintain law and order. 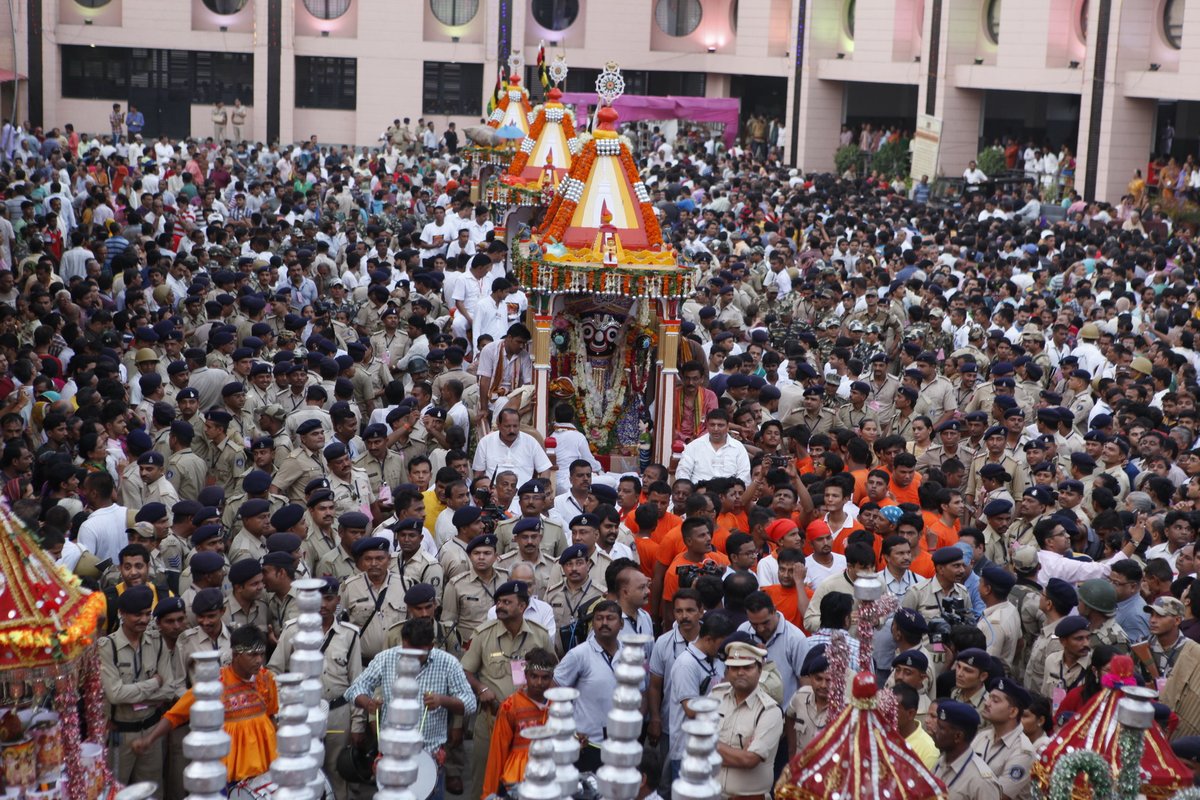 As a novel effort, this time police will use Multi Barer Launcher during Rath Yatra. PI Police Inspector vehicle will be fitted with Barer Launcher, 3 chariots and nearby vehicles will mounted with GPS Geographial Position System. Aslo body scan camera will be used. 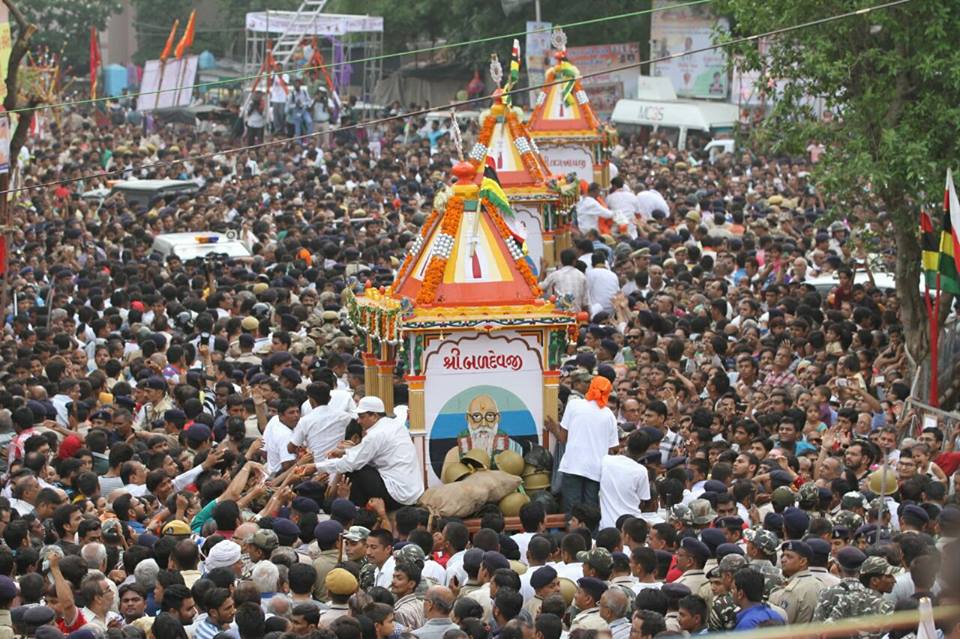 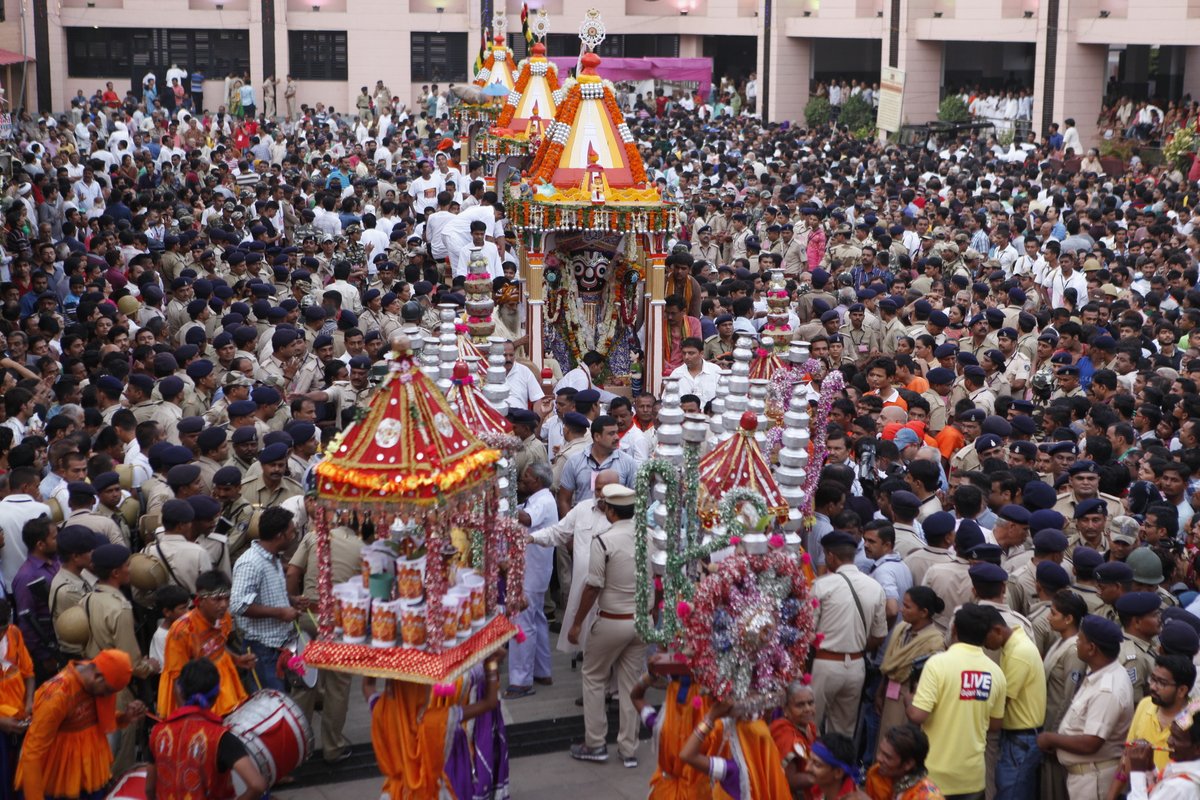 Shah Rukh Khan, who turned 50 on November 2, began the party with his family, continued it with fans and the press, and ended it with Sabka Bhai Salman Khan. For years, the two Khans conducted a public feud that was punctuated briefly by much publicized and photographed hugs at iftaar parties and award shows. […]

Ahmedabad Police notification to have uniform time in all CCTVS

Ahmedabad Police Commissioner has issued an important notification for shopkeepers or residents of a society or flat. It is ordered in this declaration that now every place should have uniform time in all CCTV installations. In some cases, due to different times caused trouble in taking decision by the court. So that now it has […]