Today presently, India’s young, dynamic and vibrant all rounder and Gujarati boy Ravindra Jadeja is with Hair Stylist getting a new and unique look for his upcoming marriage with fiancee Reevaba. Gujarat Lions all-rounder Ravindra Jadeja, who is all set to tie knot with Gujarat based mechanical engineer Rivaba Solanki on April 17, 2016. It is learnt from sources that teammates Suresh Raina and Dwayne Bravo will perform Garba in Jadeja’s marriage. The Gujarati wedding is expected to lighten up with the presence of ‘Champion’ superstar Bravo, whose song has been a blockbuster across the globe since its release. Jadeja along with Raina and Bravo played for the now suspended Chennai Super Kings together and share an important camaraderie on and off the field. 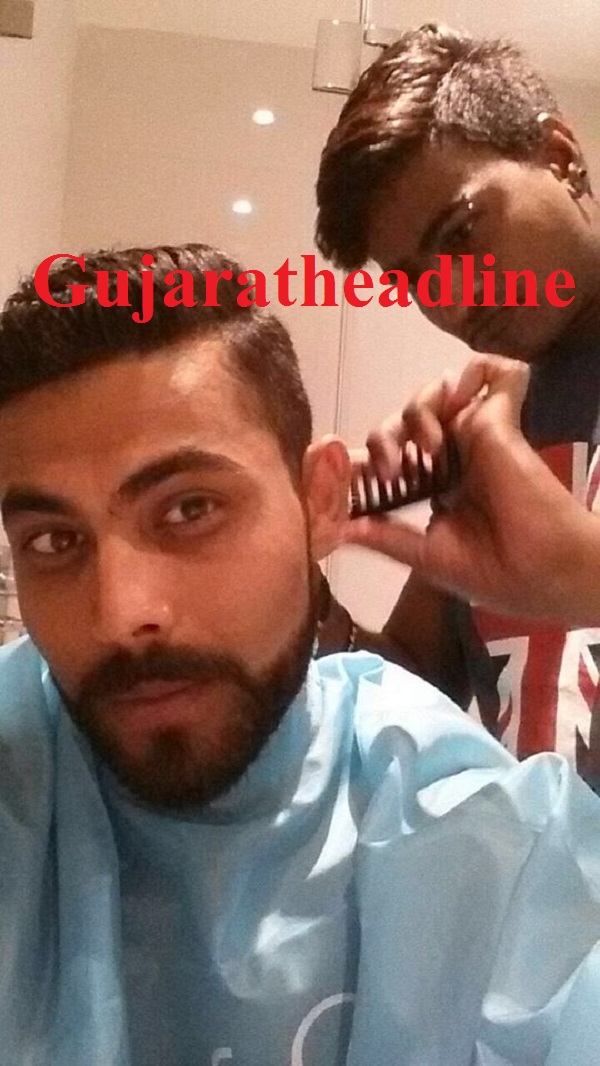 The West Indies cricketer, who considers Ravindra Jadeja a dear friend, is all pumped up to attend the wedding function. Suresh Raina and Dwayne who are excited for the wedding will be seen performing some dance numbers at the wedding function. According to a reports, Dwanye has confirmed that he will not just be seen dancing to some Bollywood song, but will also be crooning some Bollywood songs along with the couple. Meanwhile, the marriage ceremony will be in Gujarat near Kalavad Road. The newly wed couple will then proceed towards Jamnagar after the wedding for more traditional ceremonies at Jadeja’s native place.

Rahul Gandhi on fast along with agitating students

Colgate-Palmolive India Limited, the market leader in Oral Care in India, has launched its annual Colgate Scholarship Offer. As a part of this limited-edition offer, valid till July 31, 2017, Colgate is offering more than 300 scholarships worth more than Rs. 52 lacs, to help children take small yet meaningful steps in fulfilling their dreams. […]

The US has recognised India as a “major defence partner”, a significant development which paves the way for the country to be treated on par with America’s closest allies for defence related trade and technology transfer. “Noting that the US-India defence relationship can be an anchor of stability and given the increasingly strengthened cooperation in […]