Filmmaker Kabir Khan has revealed he is collaborating with superstar Salman Khan for the third time on his next project, which will release on Eid 2017. 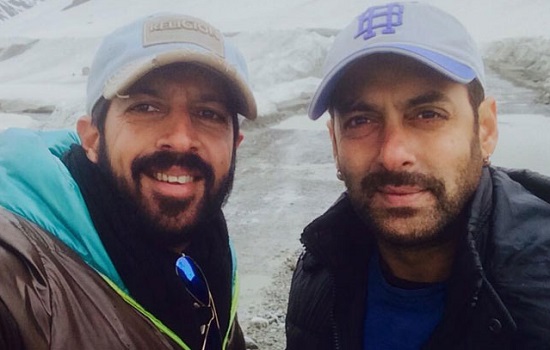 The director had earlier said he was in talks with the superstar and Hrithik Roshan for the said project as he was keen to have either of them and it looks like the hit team of “Ek Tha Tiger” and “Bajrangi Bhaijaan” is back. Kabir tweeted alongside a picture of himself with Salman:-

YES… WE ARE COMING BACK… EID 2017 🙂 pic.twitter.com/rBjaQXnZeh

Both their previous outings have been box-office blockbusters, increasing anticipation among the audience about the new film. Details about the yet-untitled project are not known so far.

Fares for first class and AC class in passenger trains besides freight charges will be increased by 0.5 per cent from June 1 as new service tax will come into effect. “Currently, 3.708 per cent service tax is levied on train fares for AC Class, First Class and freight. This will go up to 4.2 […]

Gujarat 1986 batch IAS officer Pankaj Kumar, Additional Secretary (Home department) appointed as a Chief Secretary to Gujarat government. Pankaj Kumar will replace Anil Mukim who is retiring on 31 August. He will take over the charge from Mukim on his retirement. Mukim is 1986-batch IAS officer who is presently serving as additional CS (Home […]