Recently in Ahmedabad, Dhruv Joshi and team from Babaria Institute of Technology and Jaykumar M. Soni from Parul Institute of Engineering and Technology, Vadodara clinched the winners titles at the Hi–Tech 360 Degree Tech Fest 2017, the first ever corporate technology fest organized by Hi–Tech iSolutions LLP, held today at IIM-A campus.

An automatic sprinkle pump designed by Dhruv to resolve the issues faced by farmers using manual pumping technique and the harmful effects of pesticides on them was judged the best thought business plan. Jaykumar’s civil engineering concept of concrete with use of waste steel curls as a great remedy to remove concrete weakness grabbed the attention of judges.

Hardik Kathayat from the Government Engineering College at Patan who presented an investigative paper on the triple effect of solar still to meet potable water requirement of a small family was judged the first runner up.

Dimple Ahuja from Babaria Institute of Technology was declared the second runner up for her concept of ultra high strength concrete.

The inter-college tech fest saw young minds on fire in a pursuit of excellence in automation & innovation with interesting ideas jostling to grab the winners spot. The fest saw over 21 projects, business plans and papers being shortlisted in a burst of innovation.

Designed to encourage home-grown automation in both digital and social within the student community, over 100 entries were received from 34 engineering colleges, covering Mechanical, Civil and Architecture disciplines. Shri Sunil Parekh, Chief Corporate Affairs Advisor at Zydus Group was present as the Chief Guest to encourage the students.

The investigative paper on the triple effect of solar still to meet potable water requirement of a small family highlighted that with only 1% of earth water being potable water and around 99% water being stored in sea as saline water, solar still is a simple device to convert available saline or brackish water into drinkable water. But due to its lower distillate output at around 3 litre, it is not much popular. Based on these facts, evacuated tubes have been designed coupled with a triple effect solar still, that raises the average distillate output per day around 25 liter. It has a fabrication cost of around Rs. 22,000, energy payback time is around 70 days and cost of potable water per INR is around 10 paisa. 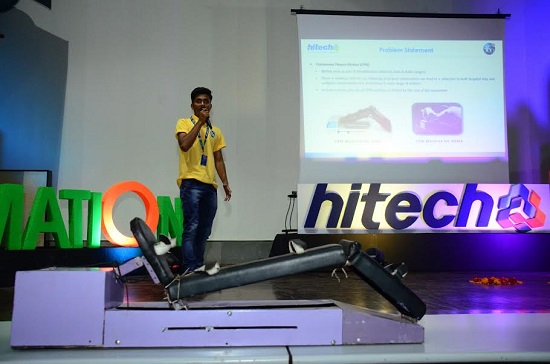 “Our efforts were directed towards nurturing home talents and tapping them early. The maturity behind some of the ideas, the research and feasibility study done by the students astonished us all and we are very encouraged by the response received. The tech fest served as the ideal platform to bring to the fore fascinating solutions to rising challenges that India faces today,” said Pranit Banthia, CEO, Hi–Tech iSolutions LLP.

The long term objective of the tech fest is to create and nurture a future talent pool by harboring internship, scholarship and fellowship programs and build lasting partnerships with institutions to take the industry-academia collaboration forward. Incidentally, statistics reveal that though Gujarat is a land of entrepreneurs, most lag in the start-up race due to lack of exposure and guidance.

Consolation certificates and certificate of participation to the college and participants were also given out. 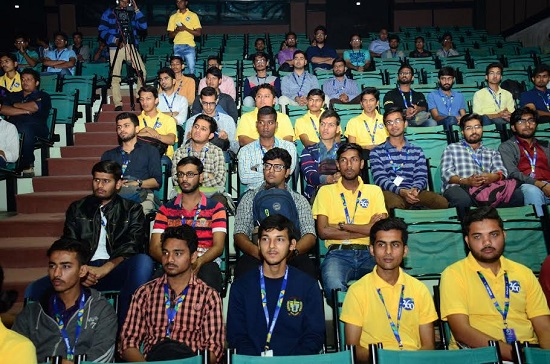 On Friday, Prime Minister Narendra Modi presided over NITI Aayog’s meeting in Delhi. PM had interactions with economists at NITI Aayog saw a healthy exchange of ideas & inputs on many policy related issues In his opening remarks, the Prime Minister noted that one of the objectives of NITI Aayog was to establish a dynamic […]