Eight people, including four women, were today killed and 15 others injured seriously, after a truck allegedly hit their vehicle near Maliya Miyana town of Morbi district in Gujarat, police said. The incident occurred early in the morning on Morbi-Kutch highway near the town when the victims, all pilgrims, were having tea at a roadside stall, said police. The pilgrims were in two auto rickshaws. The speeding truck hit both the rickshaws from the rear causing the accident, a police official said. 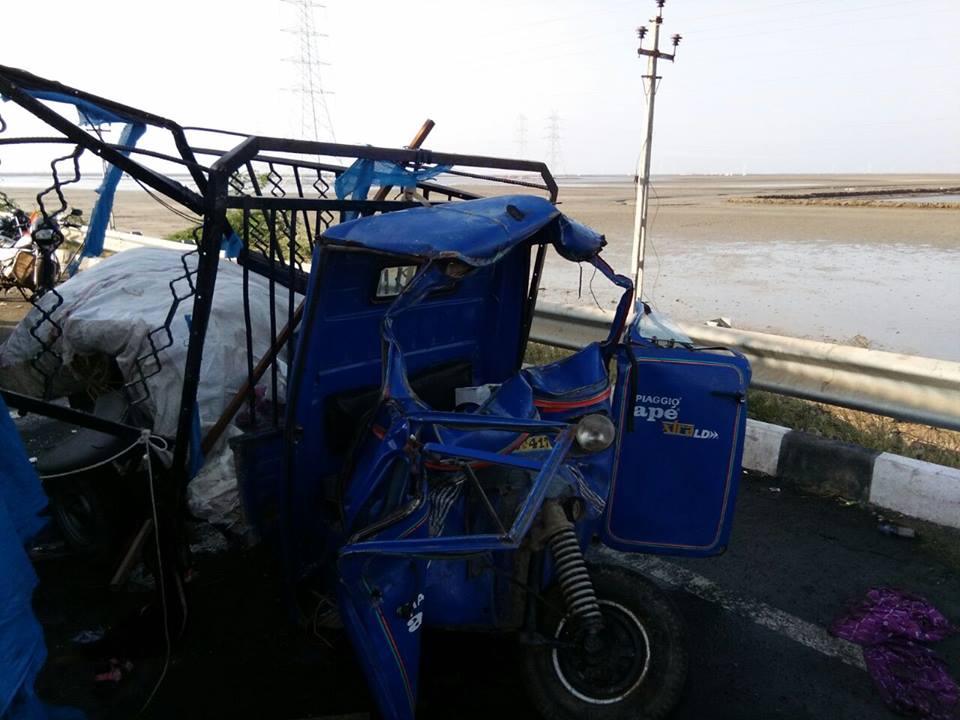 They were headed to ‘Mata No Madh’ in Kutch district and had taken a tea break near Maliya Miyana, which is on the border of Morbi and Kutch. “Five people were killed on the spot, while two succumbed to their injuries in Morbi civil hospital and one in Rajkot civil hospital,” G R Gadhvi of Maliya Milayan police station said. The deceased were identified as Hiruben Chauhan (60), Kalpesh Koli (15), Kankuben Rathod (45), Vijay Rathod (15), Mamta Chauhan (16), Mukesh Shipra (40), Raju Balgujar (25) and Urmila Parmar (30), he said. “A complaint has been registered against the truck driver, who is absconding,” Gadhavi added.

Published By Darshana Jamindar Order to remove Nonveg lorries: Now Eggs and NonVeg lorries will be removed from main roads, religious places, schools, colleges, gardens, halls etc. in Ahmedabad. Drive will be started from tomorrow. Rajkot, Vadodara, Bhavnagar, Junagadh Municipal Corporation has banned placing of Eggs and NonVeg lorries in public, which will be banned […]

Ahmedabad: Gujarat HC grants life imprisonment to 9 convicts in killing of 3 persons of Viramgam on 28th February 2002 in communal riots