Salman Khan, who is currently shooting for ‘Bajrangi Bhaijaan’ along with Kareena Kapoor, director Kabir Khan and music composer Himesh Reshammiya recently painted village Hatluni and distributed sarees to the village women. Salman made a surprising announcement after day’s pack-up and asked the film’s team including Kareena Kapoor, Kabir Khan and Himesh Reshammiya to join him along with a bunch of professional painters and they painted each and every house in the village.

Apart from surprising the ladies with saris, Salman Khan also engaged the youngsters with a game of football. The houses, which are made of mud, have been now painted in bright colours of pink, blue and yellow. Salman Khan, who is known to be an artist as well, also brushed up his skills as he made a painting for one of the houses. Salman also made a painting and gifted it to a family as wall hanging.The unit of the film successfully managed to paint every house, the village library and even the water tank in an approximate time of five hours. Salman has been visiting Karjat regularly for some time as two of his films Bajrangi Bhaijaan and Prem Ratan Dhan Payo are being shot there. A few months earlier Salman cleaned a village in the same district under Swachh Bharat Abhiyaan. Bajrangi Bhaijaan is set for Id release in 2015. Love story of a Muslim boy and a Hindu girl is directed by Kabir Khan, who directed Salman in superhit Ek Tha Tiger.

Here are some images of Salman Khan, Kareena Kapoor along with there crew painting the Village:- 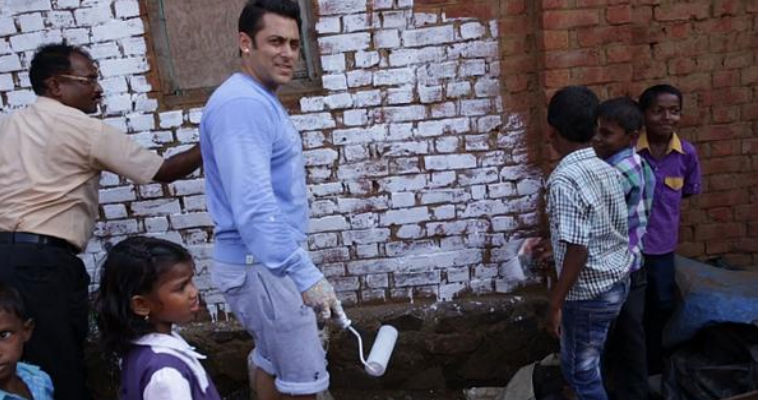 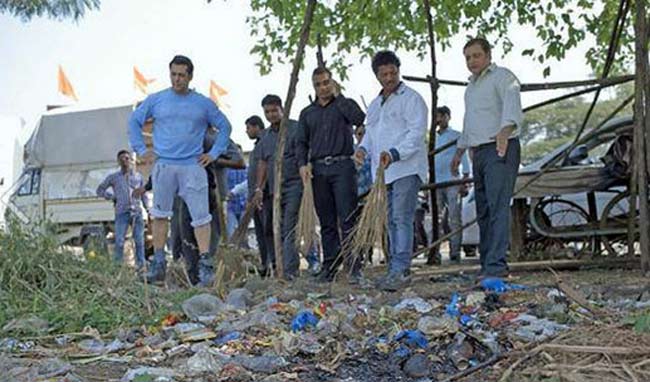 Indian women’s hockey qualify for 2018 World Cup; India beat China Goalkeeper Savita produced a stunning save in a tense shootout as India won the Asia Cup to secure qualification in next year’s hockey World Cup following a nerve-wracking win over China in the final here today. The team broke a 13-year-old jinx when skipper […]

The first phase of Covid-19 the Largest Vaccine Drive launched in Gujarat today by Gujarat Chief Minister Vijay Rupani and Deputy Chief Minister Nitin Patel. https://www.facebook.com/BJP4Gujarat/videos/126158932676967 https://fb.watch/32gi1L1EaM/ Indian vaccines are much cheaper than foreign vaccines but are equally good. There are some vaccines abroad, whose single dose cost up to ₹5,000 & have to be […]