While gossip columns have been buzzing all the time about the love between alleged couple Ranveer Singh and Deepika Padukone, adding fuel to the fire are the pictures of the duo that have gone viral. Their fans have gotten more pictures of the couple and her mother at the wedding. Actor Ranveer Singh has flew to Sri Lanka to accompany his so called ladylove for a friend’s wedding. 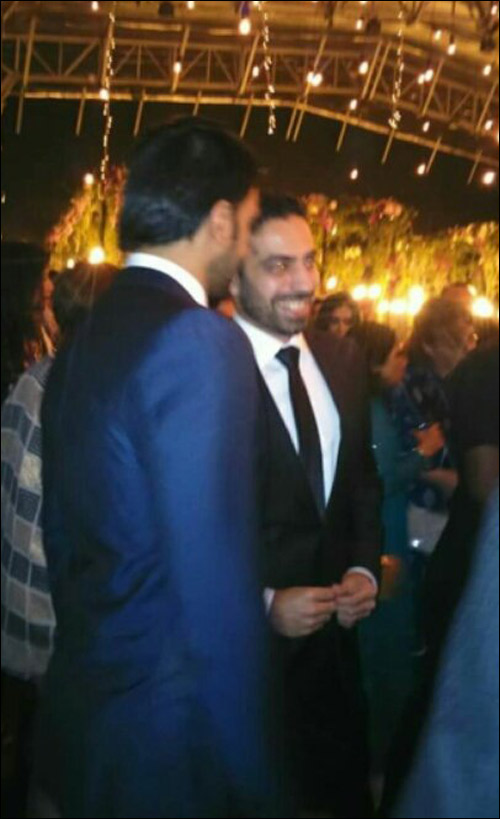 A picture of Ranveer Singh in a blue suit interacting with the guests started doing the rounds which ignited the rumours of his presence. On the other hand, yet another picture that has met with the same fate is that of the actor in a formal avatar smiling and chatting to Deepika Padukone’s mother and the actress where all of them are dressed in black. Though Ranveer Singh or Deepika Padukone hasn’t taken to social media to talk about this, fans have been asserting about Ranveer attending the wedding on these networking sites. Deepika Padukone who was in Los Angeles shooting for her Hollywood debut, recently returned to India after a long schedule. On the other hand, Ranveer Singh is on a break and will soon resume the shoot of his upcoming film Befikre. Ranveer’s love for his ladylove Deepika is all out and his special gestures for her proves that his craziness for her is getting igniting each day.

India today successfully test-fired its indigenously built nuclear-capable intermediate range Agni-I ballistic missile, capable of hitting a target 700 kms away, from a test range off Odisha coast as part of a user trial by the Army. The surface-to-surface, single-stage missile, powered by solid propellants, was test-fired from a mobile launcher at 9.15 AM from […]